Will I Lose My License After Being Charged With a DUI? 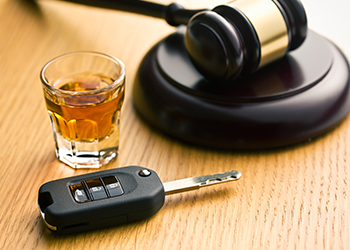 These grim statistics reflect the prevalence of drivers on the state’s highways and byways who are either under the influence or impaired by alcohol or other substances while operating their vehicles.

Many of these drivers will be pulled over, charged with a DUI (driving under the influence) or with a DWAI (driving while ability impaired), and face a variety of penalties — not the least of which is losing their privilege to drive.

If you’ve been charged with a DUI or DWAI in or around Boulder or Longmont, or nearby in Louisville, Lafayette, or Broomfield, Colorado, you may be wondering whether or not you risk a lengthy license suspension if convicted. If you do, is there anything you can do to get your driving privileges restored?

If you’re facing the consequences of driving impaired or under the influence, call contact me at the Watkins Law Firm LLC. I will do everything I can to defend your license in the courtroom and at the DMV.

A DUI in Colorado generally results when a breathalyzer or blood test shows your BAC (blood alcohol content) to be 0.08% or higher. A DWAI can be charged if your BAC is more than 0.05% but less than 0.08%.

If you are pulled over and refuse to take a BAC test, your license can be suspended for one year. A second refusal results in a two-year suspension, and a third refusal will result in a three-year suspension. In addition, your refusal to take the test will be admissible as evidence of your guilt in driving under the influence.

Getting Your License Reinstated

You can apply for reinstatement of your driver’s license after your privilege to drive has been revoked for one month if you’ve been convicted of a DUI or DWAI. The period is two months for those refusing a BAC test. The waiting period rises to one year if you are convicted or refused the test while under the age of 21.

Following reinstatement, you will need to have an ignition interlock device (IID) installed at your own expense. The IID is like a mobile breathalyzer tied to your vehicle’s ignition system. You are required to blow into it to start the vehicle and then periodically while operating the vehicle (to prevent someone else from passing the initial test for you).

Those who refused the chemical test must also complete an alcohol and drug education/treatment program to be reinstated.

Colorado is the only state in the nation that will issue a driver’s license to someone whose name appears on the National Driver’s License Register (NDR), which lists individuals with suspended licenses in other states.

Colorado will issue a driver’s license even if you’re listed on the NDR provided:

Note: You will need the presence of an attorney to navigate through the CDOR hearing successfully. Do not attempt it alone. As a condition of the granting of the license (which is a full license, not a restricted one), you may be required to install an IID and/or attend DUI classes.

The Importance of Working
with an Experienced Attorney

If you’re facing a DUI/DWAI charge, you should work with an experienced attorney from the start. Don’t wait until the penalties have been handed down and assume you must accept whatever consequences come your way.

I have two decades of experience representing people who wish to fight their DUI/DWAI charges. My long-term relationships in the industry have helped me get prosecutors and judges to see things from my client's perspective. I will work personally with you throughout the process and afterward in an effort to help restore your driving privileges.

If you’re facing DUI or DWAI charges in Boulder or Longmont, or nearby in Louisville, Lafayette, or Broomfield, call me immediately at the Watkins Law Firm LLC. Let’s work together to strategize an effective defense for your unique situation.