How to Fight a Drunk Driving Charge 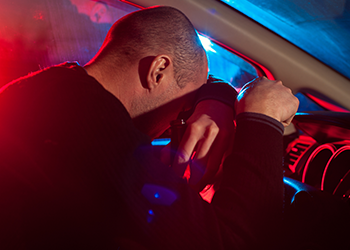 The legalization of cannabis added complexity to impaired driving laws and more drivers are now found to have multiple substances in their systems. Colorado’s drunk driving laws are stricter than many states and some people may be close to or exceed Colorado’s threshold after only one or two drinks, according to the Colorado Department of Transportation.

For more than 20 years, I have been fighting on behalf of drivers who want to keep their licenses after a DUI charge. My two decades of experience negotiating with prosecutors and judges have given me the skills to aggressively defend your driving privileges. I possess extensive experience in defending the rights of my clients and protecting their right to drive in DUI-related legal matters, including license revocations, license suspensions, and habitual traffic offender issues.

At Watkins Law Firm LLC, I handle all aspects of DUI, DWAI, and DUID cases, from beginning to end, and am certified in field sobriety testing procedures. If you need representation after a DUI arrest in the greater Boulder, Colorado area, including Longmont, Louisville, Lafayette, or Broomfield, contact me today.

Penalties for a DUI in Colorado

An arrest for drunk driving is just the beginning of the legal process and the consequences of drunk driving can last for a lifetime. If you are convicted of driving under the influence (DUI), driving while ability impaired (DWAI), or driving while under the influence of drugs (DUID), the penalties can be severe. You may receive jail time, suspension of your license, heavy fines, court costs, community service, DUI classes, and more depending on the circumstances. According to the Colorado Department of Transportation, the total direct cost for a DUI may add up to more than $13,500 when considering fines, legal fees, and insurance costs.

Other Consequences of a DUI

The direct consequences of driving under the influence are costly, but the unseen costs to your livelihood may last for decades. Many people who have been convicted of a DUI find it difficult to find employment, even in positions that don’t require driving, due to the stigma of having a criminal conviction. In addition, insurance premiums usually skyrocket after a DUI conviction.

In order to successfully fight a driving under the influence charge, your attorney must have an excellent defense strategy and should be skilled in defending DUI cases. With so much at stake, it’s important to be aware of the laws, how to fight the charges, and what consequences you can expect.

While fighting a DUI case, keep in mind that you are innocent until the court pronounces you guilty. If there is reasonable doubt that you weren't actually intoxicated while driving, the court may dismiss the case. It is important to take immediate action by devising an effective strategy for your defense after reviewing the circumstances of your arrest.

According to the Colorado Department of Transportation, people with blood alcohol content (BAC) below 0.05% may “still be arrested for a DUI if an officer notices signs of impairment. The only absolute way to ensure you are safe to drive is to have a BAC of zero.” An officer may ask the driver to choose a breath or a blood test, but typically the driver can’t change the testing method once selected.

Law enforcement must have a lawful reason for conducting a traffic stop, and an experienced criminal defense attorney can help you determine whether you have grounds to fight DUI charges if the police conducted a potentially unlawful stop.

In Colorado, several types of tests are used to determine if a person has been driving under the influence. Your attorney will look for inaccuracies and other factors that could have impacted the tests.

Although breathalyzers are used by many law enforcement agencies, there are many cases in which the breathalyzer test results have been found to be unreliable. The blood alcohol level is determined by several factors that could lead to high test result levels. Breathalyzer results showing a blood alcohol level higher than 0.08% may not indicate that you were intoxicated while driving. In such situations, an experienced attorney with knowledge of DUI laws will examine your arrest details and may be able to save your case.

When a breathalyzer test gives a reading less than 0.08%, officers usually request a urine test. This is done to test for the presence of cocaine, marijuana, or other drugs in the blood. It is possible that urine test results are sometimes inaccurate and your attorney may prove that the result is unreliable due to mishandling during collection or processing.

Although blood tests are considered to be the most accurate way of determining the alcohol content in the driver’s blood, the procedure has to meet certain standards, including who may draw the blood and under what circumstances. In many cases, the procedures fail to meet the set standards. You can challenge the procedure of blood sample collection or processing and potentially get your case dismissed.

Legal costs accumulate rapidly during DUI cases, so it is important to get rid of DUI charges as quickly as possible. Convictions and guilty pleas further increase the costs. With careful analysis of your case, your lawyer would provide you with courses of action that you need to fight your DUI charge.

With more than 20 years of experience fighting Colorado DUI, DWIA, and DUID cases, I will take the time to carefully investigate your case. I will leave no stone unturned in terms of looking for defenses and for mitigation. If you live in the Boulder, Broomfield, Louisville, or Lafayette Colorado areas and have been charged with drunk or impaired driving, contact me at Watkins Law Firm LLC today.