The Consequences of A DUI with A Child in the Car

A DUI conviction in Colorado is a serious matter. 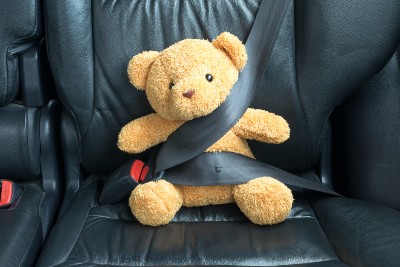 It can result in fines, incarceration, probation, mandatory alcohol abuse treatment, and having your driver’s license revoked. The conviction may also lead to losing your job or professional license, financial ruin, and a loss of respect within your community.

What if you are also charged with child abuse? If there was a child in your vehicle at the time of the stop, this is another danger you will face. Thankfully, you don’t have to face it alone.

For more than 20 years, I have represented clients in Boulder, Longmont, Louisville, Lafayette, and Bloomfield, Colorado facing criminal child abuse charges for DUI convictions with a child in the vehicle. A DUI conviction is one thing. A misdemeanor or felony child abuse conviction is quite another. If you’re being charged, contact me at the Watkins Law Firm LLC.

The Colorado Department of Children and Families (DCF), part of the Department of Human Services (DHS), will investigate any DUI case involving a child under the age of 16 in the vehicle. This means any child, not just your own.

Even if you are not convicted of a DUI, if the DCF investigation determines you committed child abuse, your name will be added to the state’s child abuse registry, “TRAILS.” The TRAILS system can be accessed by numerous potential employers and community organizations.

Colorado law defines child abuse as causing injury to a child’s life or health, permitting a child to be unreasonably placed in a situation that poses a threat of injury to the child’s life or health, or engaging in a continued pattern of conduct that results in malnourishment, lack of proper medical care, cruel punishment, mistreatment, or an accumulation of injuries that ultimately results in the death or serious bodily injury of a child. It is clear that driving while under the influence of alcohol or drugs with a child under the age of 16 in the car falls under the statutory definition of child abuse.

The circumstances of the child dictate charges and penalties you may incur in addition to the DUI penalties.

If the child in your vehicle was not injured, you can face a misdemeanor child abuse charge. If convicted, you could face up to one year in jail and/or a fine of up to $1,000.

If the child is injured, you could face a Class 3 felony charge for criminal negligence. A conviction on such a charge could result in a prison term of two to six years with a mandatory parole period of three years, and/or a fine of up to $500,000. If the prosecution proves that you acted recklessly, meaning you knew or should have known your actions would cause harm, you could be charged with a Class 2 felony. The prison term increases to four to 12 years, a mandatory parole term of five years, and/or a fine of up to $750,000.

The basis for a child abuse charge is the underlying DUI; therefore, fighting the DUI is the best way to avoid such a charge. There are some potential defenses against a DUI charge, including arguing:

Work with an Experienced Attorney

The penalties listed above for child abuse charges associated with a DUI are severe. It is imperative that you mount an aggressive defense of the underlying DUI charge. For that, you need an experienced DUI defense attorney who has successfully defended impaired driving charges on behalf of hundreds of clients.

The DUI legal process is confusing enough, but the potential for an additional criminal charge of child abuse is overwhelming. As a seasoned DUI attorney, I understand the fear and apprehension my clients feel. That is why I spend the time necessary to explain the process until my clients understand it. I also devote all the time a client needs to work on defense to have the DUI and child abuse charges dropped or to minimize punishment if they are convicted.

For more than two decades, I have defended clients in Boulder, Longmont, Louisville, Lafayette, and Bloomfield, Colorado charged with DUIs, and the associated criminal charges resulting from having a child in the vehicle at the time of their arrest. If you were stopped for DUI with a child in your car, don’t wait. Call the Watkins Law Firm LLC today!