Can I Get a DUID for Taking My Prescription Drugs? 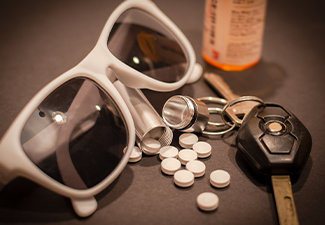 When most people think about getting charged with driving under the influence of drugs (DUID), they think about cocaine, methamphetamine, and other illegal drugs. They may think about marijuana, even though it is legal in Colorado for recreational use under some circumstances. What they may not think about are medications prescribed by their doctor and taken as prescribed.

Laws regarding driving while impaired by any substance are designed to protect the safety of everyone. If you are in control of a vehicle while your ability to operate it safely is impaired, you may pay a price, even if you are taking your prescription drug.

A DUID arrest while taking prescription medications is among the most easily challenged by an experienced attorney. If you have been charged with DUID while taking a medication as prescribed by your doctor in Boulder, Louisville, Longmont, Bloomfield, or Lafayette, Colorado, contact me at Watkins Law Firm LLC.

If you are taking medication as prescribed by your doctor, you will not get a DUID for driving while the medication is in your bloodstream. However, if even the prescribed dosage interferes with your ability to safely operate a vehicle, you should avoid driving. That is because your ability to drive is impaired and this is a chargeable offense in Colorado.

For a DUI, your blood alcohol content (BAC) must exceed the legal limit. There is no defined legal limit for drugs in your bloodstream, so the evidence lies in obvious impairment. Whether a prescription drug impairs your driving versus someone else’s will vary from person to person.

In particular, opioids, drugs prescribed for pain or anxiety (and depression), as well as sleep aids can interfere with your ability to drive, among other things. Even over-the-counter medications that can make you drowsy, light-headed, dizzy, nauseous, weak, or unsteady are dangerous if they have that effect on you while operating a vehicle.

To avoid being stopped or worse, causing an accident that injures you or others, you should talk to your doctor about the safety of certain activities, including driving, while taking the drug. If you are prescribed a new medication or an increased dosage of a medication you are already taking, make sure you avoid driving until you understand how it affects you.

The Consequences of Driving While on Prescription Drugs

A first misdemeanor conviction for DUI, DUID, or driving while ability impaired (DWAI) can result in time in jail, fines, community service, the required completion of a drug or alcohol education program, points on your license, or a license suspension. Subsequent offenses come with greater penalties.

What Drugs Can Potentially Lead to a DUID?

Drugs that contain benzodiazepine, used in many anti-seizure and anxiety medications, Zolpidem, used in many sleep aids, and pain relievers such as Vicodin, oxycodone, hydrocodone, and Celebrex, are commonly by individuals arrested for DUID.

How Legal Counsel Can Help

A DUID, DUI, or DWAI can be challenged by an experienced criminal defense attorney. At Watkins Law Firm LLC in Boulder, Colorado, I have dedicated more than 20 years to helping my clients challenge arrests and mitigate charges and punishment. I am particularly knowledgeable about DUID arrests for people who were under the influence of nothing other than their physician-prescribed medications.

If this has happened to you, contact my office to schedule a consultation. A DUID conviction will negatively impact your life for a long time. Call now.

What You Need to Know About Transporting an Open Container of Alcohol Can I Be Arrested for Drugs That Aren’t Mine in Colorado? Best Defenses Against Drug Crimes in Colorado Are There Alternatives to Going to Jail?